Jyl Bonaguro find similarities working in mediums as divergent as sculpting and playwriting because both mediums are treated as interactive, narrative forms. Sculpture tells a story through composition of form and style in much the same way a play tells a story through composition of words and style. Both forms require audience participation and interaction to help complete the stories and connect us with each other. Bonaguro’s plays focus on history and women with the desire to create strong female characters that explore the nuances of male and female relationships. 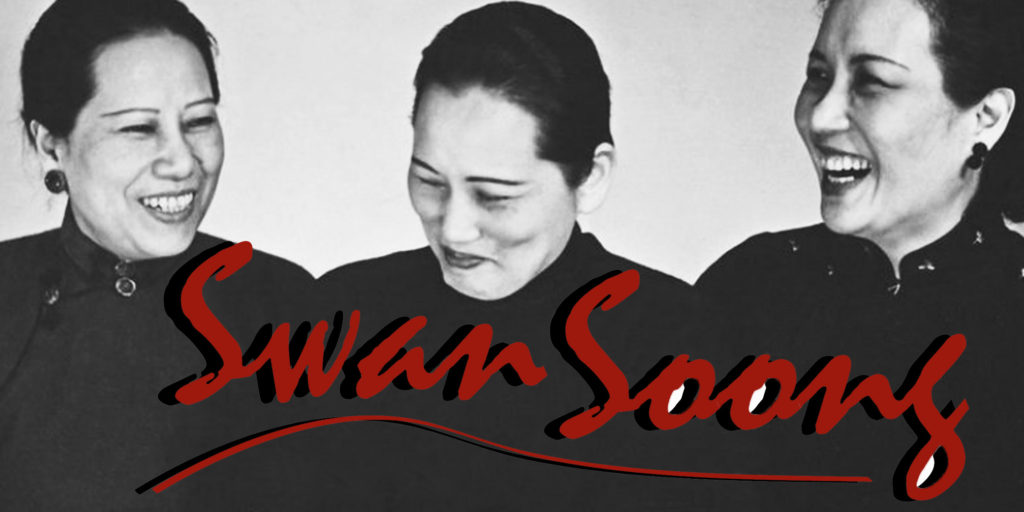 2 Acts Full Length Play
Mao famously said of the Soong sisters: “One loved money, one loved power and one loved her country.” “Swan Soong” is a family drama based upon the lives of China’s Soong sisters and their biographer, American writer Emily (Mickey) Hahn. During the Japanese occupation, and then World War 2, the Soong sisters struggle to govern a divided China, and their divided family. Despite their good intentions, they fall prey to power, wealth and deception. Notorious for her cigar smoking feminism and for her marriage with Chinese poet Sinmay Zau, Emily Hahn tells of the struggles of these brilliant and powerful women to unite and build a new China, and family. The primarily Asian-American cast brings to life smart, resourceful and tough 1940’s-style characters. And they also bring into focus, the struggles of women in power, and how they can be lost in history.

2 Acts Full Length Play
Urania plunges us back into 18th-century France, where courtly manners were strict and scientific reasoning was the new vogue. It portrays how, after falling in love with Voltaire, Du Châtelet transformed from a social dilettante into one of Europeʼs leading scientific minds. Considered scandalous by many, she still managed to publish works on physics, mathematics and even the subject of happiness. Her crowning achievement was a translation of Isaac Newton’s Principia Mathematica with an original commentary. Completed just 6 days prior to her untimely death at age 43, it is still the only complete French translation of Newton available today. Brushed aside by history, Du Châtelet is only recently being recognized as contributing to famous formulas like E=mc2. Unlike the generally more lighthearted dramatic adaptations of her story to date, Urania takes a modern comedic approach that balances her unsung achievements with the nuances of her relationships and the constraints of 18th century attitudes towards women… more information and play excerpts at uraniatheplay.com

1 act 10 minute play
Set in a department store as old friends Annie, Vivian and Caprice shop; their politics and fashion sense emerge to reveal how easily conceal and carry can become acceptable when paired with fashionability. Read Excerpt

1 act 10 minute play
Touches on romantic day dreams vs stability that cause a sense of conflict for Alice, a bride to be.  She converses with her best friend and bridesmaid Sam as Sam strings a pearl necklace to be worn down the aisle.  As the wedding music begins playing, she reminisces about her former fiancee and examines what could have been.   Read Excerpt

1 act 5 minute play
Our characters meet at a bus stop.  François is nearing 40 and is a frenchman from Paris in town for a conference. Madeleine is a girl in her late 20s, commuting to her fiancees house. They board the bus and the frenchman attempts to open Madeleine’s eyes to her frustrated career as an artist.   Read Excerpt