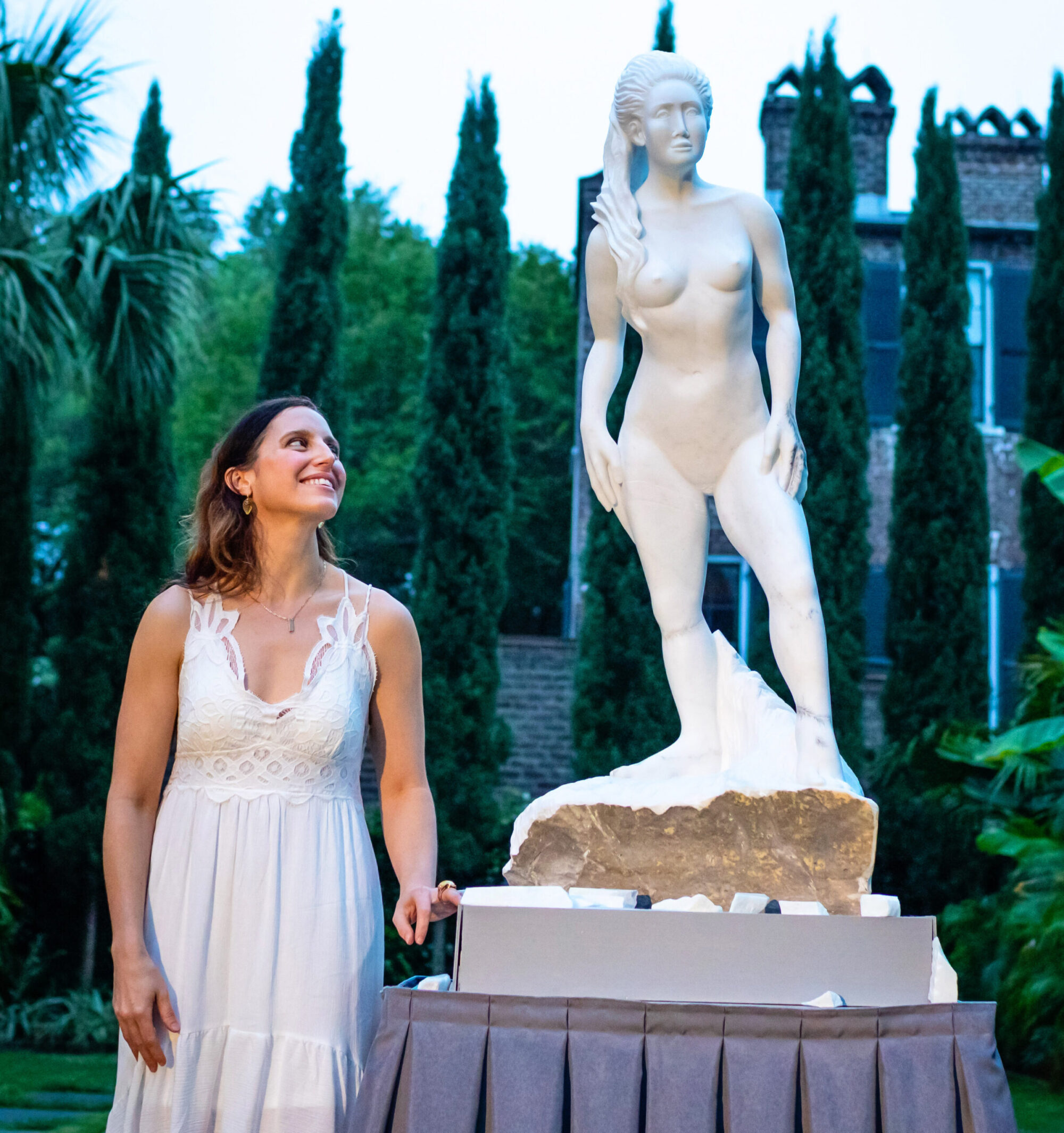 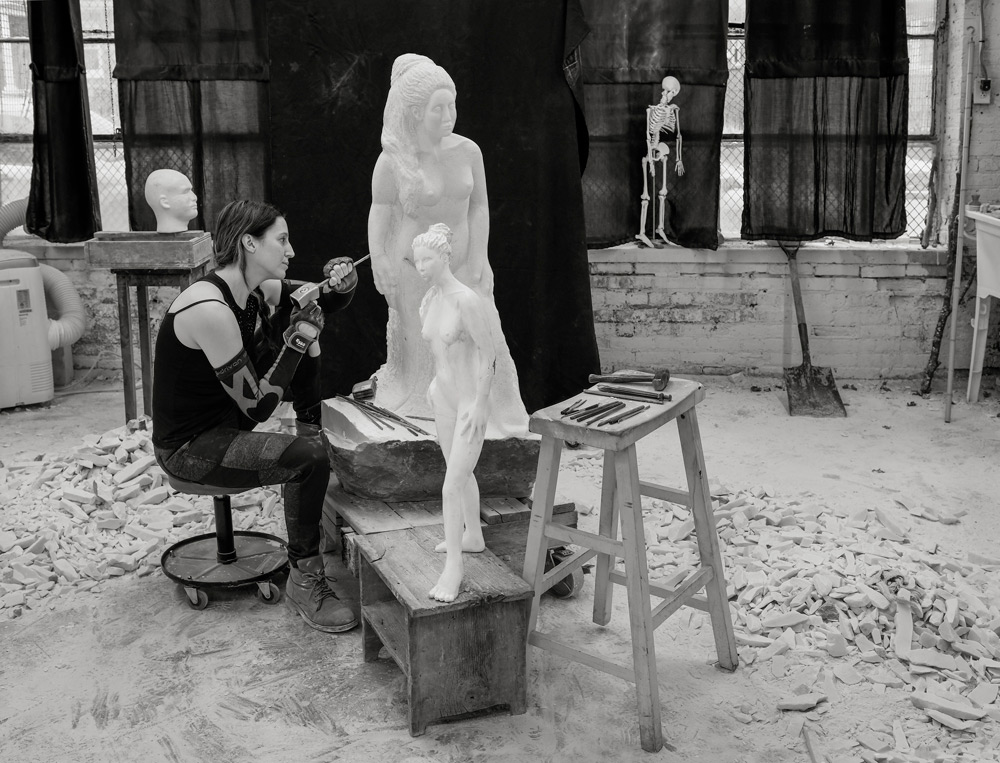 is a self taught sculptor and playwright in Chicago, specializing in carving Italian marble by hand. Often working spontaneously, Jyl Bonaguro has a modern approach to the ancient art of stone carving that diverges from the formal academic approach. Raw stone is revealed in select areas, leaving sections untouched and natural, reminiscent of fragments excavated by archaeologists.

Jyl Bonaguro find similarities working in mediums as divergent as sculpting and playwriting because both mediums are treated as interactive, narrative forms. Sculptures like her marble wings series tells a story through composition of form and style in much the same way a play like Swan Soong tells a story through composition of words and style. Both forms require audience participation and interaction to help complete the stories and connect us with each other.