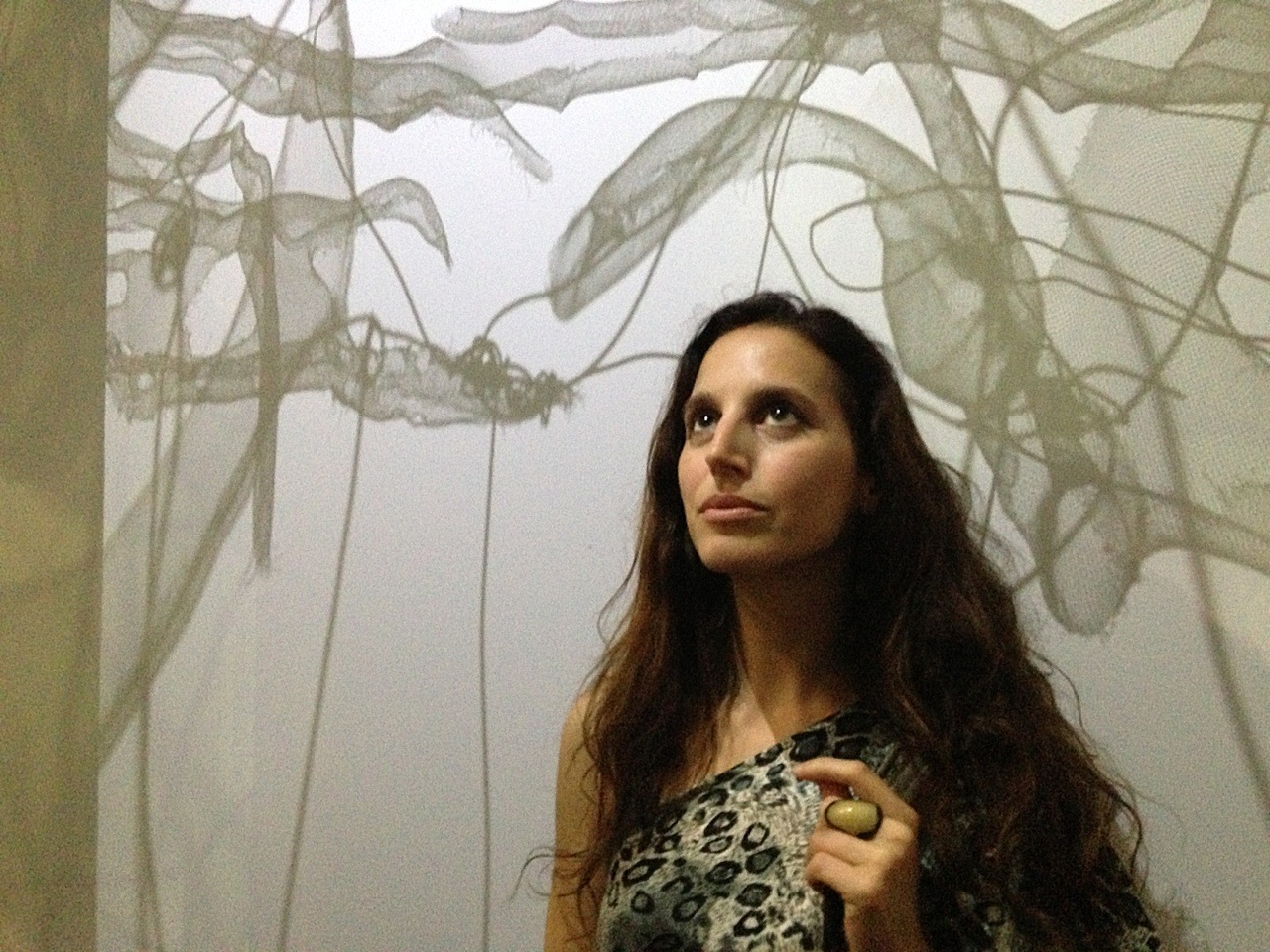 Variations, transformations, moving forward, moving backwards, stumble, climb… These words describe my life and career as an artist. I’m a painter and sculptress, but until 2004 I approached my art as a secondary occupation. I had a great deal of skill and training in oil painting, drawing, and other techniques, but no particular vision.

In 2001 I moved to New Orleans with a suitcase, a couple of letters of recommendation, and a photography portfolio. I’d decided I would make my living as a commercial photographer. While working for the oldest commercial industrial photography studio in the city, I realized photography was not my mien and that my 35mm snapshots were nothing compared to the 2 1/4, 4×5, and 8×10 shots taken by cameras whose sheets of film required mastery and skill just to be loaded correctly. Aside from lugging heavy camera equipment as an assistant, I was asked to organize and direct the studio’s fledgling gallery. Becuase the studio had been in operation since the ’40s, there were a lot of images, including some glass plate negatives, but mostly deteriorating 4×5 negatives (sadly, the silver plate negatives had been melted for their silver).

I researched and organized, and then in 2003 began launching openings for the historical artists and others. It was tough, though, to make a living as a gallery director and studio assistant. Since I didn’t own the gallery, I was dependent on commissions and photography shoots. I would work during the day and then come home at night and teach myself HTML as a hobby. I joined the Arts Council in New Orleans and made some wonderful friends who pushed me into the Business of Art Incubator Program. I went into the program with my fine art and burgeoning website-building interest and emerged with a business plan. I launched a company for graphic design and web development, JB Dezigns, so that I would have more time to paint and draw.

Launching a business does not instantly free up time to do anything other than work on your business, and I was actually operating two businesses in addition to trying to find myself as an artist. I was only 25 years old and had made many contacts as a gallery director and enjoyed planning exhibitions. I had enough energy to do everything because I felt nothing could be given up. By 2005, the local paper wrote of my upcoming exhibition as “the show to see.” I had begged, borrowed, and persuaded people to lend me their privately owned daguerreotypes and had built the display cases myself. With my growing success as a gallery director, I was elected vice president of the New Orleans Arts District, and JB Dezigns was getting daily requests for new clients. I rented a new office right next to the gallery to make commuting nonexistent, refocused, and found time for painting and drawing. I was evacuated Sunday, August 28, 2005. Hurricane Katrina hit on August 29, 2005. Rita hit September 23. I returned sometime in October to clean up and pick up my remaining things. My office move had been my salvation, since my former office building had been condemned.

It’s my belief that when you feel like life has shattered, you need to stare really hard at the pieces and try to pick up the ones that matter. I had spent years working on other people’s art careers instead of my own, and now I had the opportunity to change and start over. I kept JB Dezigns alive on a shoestring and convinced all my clients to stay with me and work together long-distance. After stopping briefly in Texas to stay with my parents, I stayed with one of my sisters in Hawaii, paid off my debts, and took care of my beloved niece. My torpid mind tossed around a few ideas, but after nearly seven months of staring at the vastness of the ocean, I returned home to Chicago, rented an apartment, and left for Europe with a backpack and just enough money to travel for two months and study art.

In the fall of 2006, I returned, obtained a part-time job to help pay the bills, and started designing and building furniture. I thought I’d try to sell a line for artists but ended up just customizing my living space and painting. I was not happy, however, with the quality
of tube paint and since the purchase of tubes is not eco-friendly anyhow, I taught myself how to mull paint by hand. I then threw myself into all the activities and interests that had been dormant or neglected since the late ’90s. By 2008, I completed and began exhibiting my first two series of paintings, The Human Landscapes and The Trees of Life. I also returned to writing and created my first play on the affair between Madame du Châtelet and Voltaire (currently in revisions). This past fall, I took all my pet peeves about skin care and launched a skin care line, CALM Skin Care. I began sculpture work again, and exhibited my first series—Relationships, Spatial and Otherwise—for Edgewater Artists in Motion’ s Reception and Artwalk in May 2011. The Relationships series will be exhibited again for the opening of the Korean Cultural Center on June 11, 2011, in Wheeling, IL (as part of the Intertwined exhibition curated by Sun H. Choi).

Yes, I have created another very busy life for myself, but whenever I feel too tired and question my drive or sanity, I think at least this time around: the focus is Jyl the Artist.

Jyl Bonaguro has a BA in English–Creative Writing from Loyola University Chicago, an Honorary Credential in Sculpture and Mural studies from Northeastern University of China, and has studied figure drawing at the School of the Art Institute of Chicago. Her
paintings and sculpture works have been exhibited in New Orleans and the Chicago area.